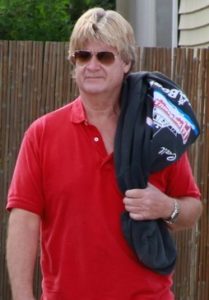 Captain William A. Leslie
Captain Leslie is our Salvage Master and Operations Manager at TowBoat US Lake Saint Clair. He holds a 100 ton Masters license with a towing endorsement. Captain Leslie has a 40-year career in the Marine industry. While attending Oakland University, he started selling boats at Blue Lagoon Marina (now Belle Maer). In 1979, he started a marine repair business and became a Mercruiser dealer, becoming certified in Inboard as well as Stern drive repair. In 1982, he acquired the old Belle Buoy Marina and renamed it Huron Point Marina, known today as Hideaway Harbor. Over 20 years at Huron Point Marina, he became one of the largest Mercruiser dealers in the state of Michigan. He ventured into the “new boat” sales business in 1992, acquiring the Wellcraft and Baja brand of boats. Years of experience in the marine industry make him a perfect fit for vessel acquisition and maintenance on our fleet. After selling Huron Point, he went to work for another Salvage company on Lake Saint Clair. He started his own business in 2002, naming it Saint Clair Marine Salvage. In 2005, he moved his business to its current location at Hideaway Harbor and teamed up with his current partners Rick and Rob Velger. In 2011, he acquired the Towboat US contract from Marine One Towing.
Back to crew